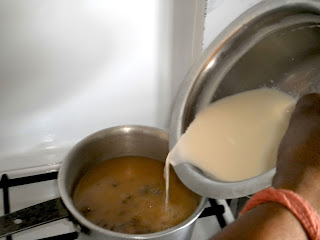 Election time is when the circus comes to town. Auto rickshaws with banners and loudspeakers start blaring unintelligible gobbledy-gook, drowning the Koel’s lilting ‘cuhoo’, ‘cuhoo’ with unnecessary noise. The phone beeps incessantly with sms’s asking me to vote for the glass, spectacles, cycle, radio and other such symbols, Most, I didn’t even bother to read. The ex-sarpanch[i] of a nearby village, whose symbol was the glass, even though he professed to represent the Congress party [whose official symbol is the hand], announced his candidature for the Municipal Elections in Gurgaon with drumbeats that deafened. And his supporters seemed to do little more than litter the street in front of the building that I live in.  When I pointed out the mess to him, he said “Oh, don’t worry, we clean up everyday!” “Wouldn’t it have been better to provide dustbins for them to throw their litter, in the first place? “ I asked.

I take pride in exercising my franchise and always talk to my domestic help about fulfilling their civic obligations and this time was no exception. Taking cue from the drumbeats, which made it impossible for me to do any work, I walked into the kitchen. Isha, Mahipal and Priti had just made themselves a steel tumbler of tea each. It seemed like a good time to chat, so I asked what they thought about the upcoming elections. I expected to be greeted with the usual glum silence and downward, evasive glances and after persisting, hear the usual, “what’s the point, we don’t count” along with a host of complaints and excuses which I am no stranger to, or be told that they had not been able to register as voters. However, to my surprise, I found them not only looking forward to the election, but that they had devised a rather ingenuous system in their respective colonies to ensure their right was not subverted by the financial might of various candidates, unashamedly tempting them in return for their votes. 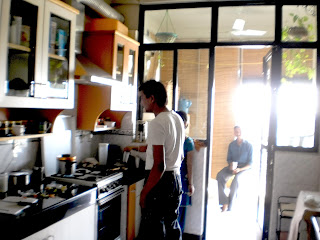 The day after elections when they came to work, I asked who they had voted for. Both Isha’s and Mahipal’s ‘teams’ had voted for the same candidate. Religion and caste had not been considered but what the candidate had done to better their locality. He had won, so excited at their victory, they opened up to reveal how they had been wooed by the various candidates.

They divide the area by ‘Jaati’[ii] which is not necessarily healthy, but it’s clearly a system that works. So Isha said that their ‘team’ had all the Muslims from the area and his wife was the ‘agent’ of the candidate they had decided to support. Mahipal added that his ‘team’ had been meeting for the last three Sundays, to debate who to vote for. And when campaigning started in earnest, they had to ensure that no member of their ‘team’ succumbed to temptation. Something had really changed. I had never heard any of this before. Maybe it was the municipal elections where they felt they had greater clarity, but I also considered that the propaganda via television had contributed to this changed attitude and maybe the recent spate of scams from telecom to the commonwealth games had made them want to take greater responsibility in governance. I was impressed. 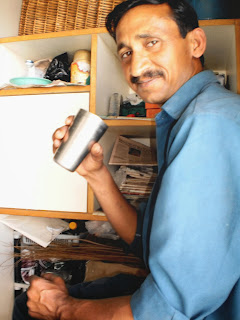 Isha is a decent, honest guy. Mahipal is too, but he’s more complex. He likes to be the leader and often bullies me as well as the rest of the staff. Isha and his family didn’t take any of the gifts offered, but Mahipal did. He had told me a few days before that they were being feted in all sorts of ways and ‘sharaab’[iii] was being freely distributed. He likes to have a peg or two over the week-end, so I said, “one doesn’t know what kind of booze it is, so please don’t take chances”. With palpable excitement in his voice, he replied: “Madamji, English sharab hai, ‘Bagpiper’ baant rahe hai![iv] I shut up because did I really know of what went on at that level. No-one ever came to give us such stuff. The only candidate, who did campaign visibly, came a year ago to assist in the processing of our voter identity cards. The initial attempt failed, but he persisted and finally it’s thanks to his effort that I was able to vote this year.

There is clearly a distinction in the mind of the politicians with regard to what passes muster where. In addition to the whiskey, they were also offered unlimited Pepsi’s and money. And for about six to eight weeks prior to Election Day, some of the settlements were distributed free drinking water. Given that water in Gurgaon is virtually undrinkable unless you process it and for most, water is a scarcity, drinkable or not, it was a wonderful idea that dried up the day after elections because the said candidate lost.

I had listened to Isha and Mahipal regale me with stories that seemed so unreal but Priti my maid, corroborated. She and her husband are registered voters in U.P. and therefore were not offered or took any gifts, but witnessed many receiving them. 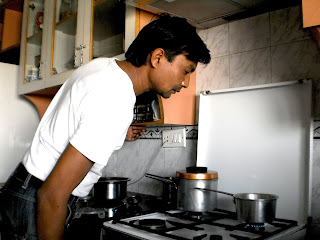 Mahipal got four bottles of Bagpiper whiskey. I was quite appalled to hear all of this, but I wanted to know more, so I asked Mahipal how much money he had received. He replied saying that he did not take any. I asked why not, if he could take the whiskey he could take the money too. He had been considering investing in a second-hand air-conditioner, [which he’d estimated would cost about two thousand rupees] so I said that the ten thousand rupees offered would have taken care of that and the running costs for a while too. Mahipal is what I would call a very strange mix. He likes the good things of life, owns a cooler, a TV, family-sized fridge, DVD player, a mobile phone that has two sim cards and also a TV. He drives a ‘Scooty’ wearing sun glasses, not the prescribed helmet and dresses in the latest fashion, albeit from the local bazaar. He must possess at least 6 pairs of jeans, with their back pockets all embroidered in different ways. He does not like hand-me-downs and has a lot of pride in accepting help even when needed. However, he is not so keen on education and although has studied till class 8 himself, has been diffident about adding to this or his son joining school, even though I’ve offered to pay.
﻿
I reiterated my question. Both Isha and Mahipal chorused in unison. “Money is another matter altogether and those who give money employ thugs to ensure that you cast your vote for them”. I said “How can they? No-one can know who you’ve voted for.” Mahipal replied, “Yes, but if you take money, you are bound, but booze and other stuff does not make you beholden”. I asked “How, what’s the difference?” He replied very quietly but firmly, “Paisa paisa hota hai, Madamji.  Imaan bhi toh koi cheej hoti hai![v]

He’s worked with me for almost twenty years and neither he nor Isha is more than 35 years old. They live in rented rooms, which often don’t have a proper roof but what they call a kacchi chath,[vi] problematic in the rains, the blistering summer heat or bitterly cold winters. They both earn about eight thousand rupees per month, accrued through moon-lighting in addition to their regular day-time jobs. Both work 12-14 hours a day, seven days of the week. I give them Sundays off to rest but they prefer to work  elsewhere instead. 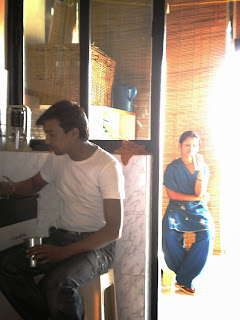 They enjoyed being feted. With great pride, they outlined the system whereby they keep vigil on members of their designated ‘team’ to see that no-one defects from the plan and votes only for the candidate they have all decided upon. The man they voted for this year had worked to get the street lights and roads in order. They defined their priorities; often had heated discussions and worked hard to ensure no-one was bought over.  If someone had been thus inclined, they all worked to convince him or her of the larger interest.

﻿
We live in a country that is developing haphazardly. Technology and a growing consumer oriented culture have challenged traditional values and modes of communication. There is aspiration in everyone’s heart, including people like Mahipal and Isha. They may own mobile phones and that ilk, but they still can’t afford better housing. They are not well educated, barely literate at that, but they seem to have moral values that could put many to shame. They know that election time is the only time politicians pay any attention to them, but they voted for what benefited the larger interests of the community and not what enhanced their personal wealth by being bribed to vote with notes. They may not be rich but neither are their votes for sale to the highest bidder.
These were the people I probably interacted with the most, for I depended upon their daily presence and effort to cook, clean and take care of my plants and home but I had not been able to stand back and see them for who they were. Times had changed and they no longer needed me to educate them. They had a strong sense of what they considered right and wrong and were willing to take part in something that earlier didn’t interest them. Development may be disorganized; the technological revolution may be crowding our minds with information we cannot process adequately, but these factors, however chaotic, had empowered them in small, but definitive ways. They had found a voice. They were, it seems, standing up for themselves.


I hope you enjoy reading these stories and will share some of your own.