A Proboscis and the Politics of Fear

It looked like a mosquito. Perched on the white ceiling, this small (but quite large for a mosquito) dark, lithe winged creature, hanging upside down beside the fan, caught my eye which had been quite distracted as I did my needlework today. Winding down for the night, doing some thread work, cradling a black stone-ware cup in my hands. Finishing a cup of not-so-hot Genmaicha (Japanese green tea with toasted rice), I was aimlessly looking around the room when I spied it. And I have to confess that I was more than just a little perturbed by its looming presence in my bedroom. 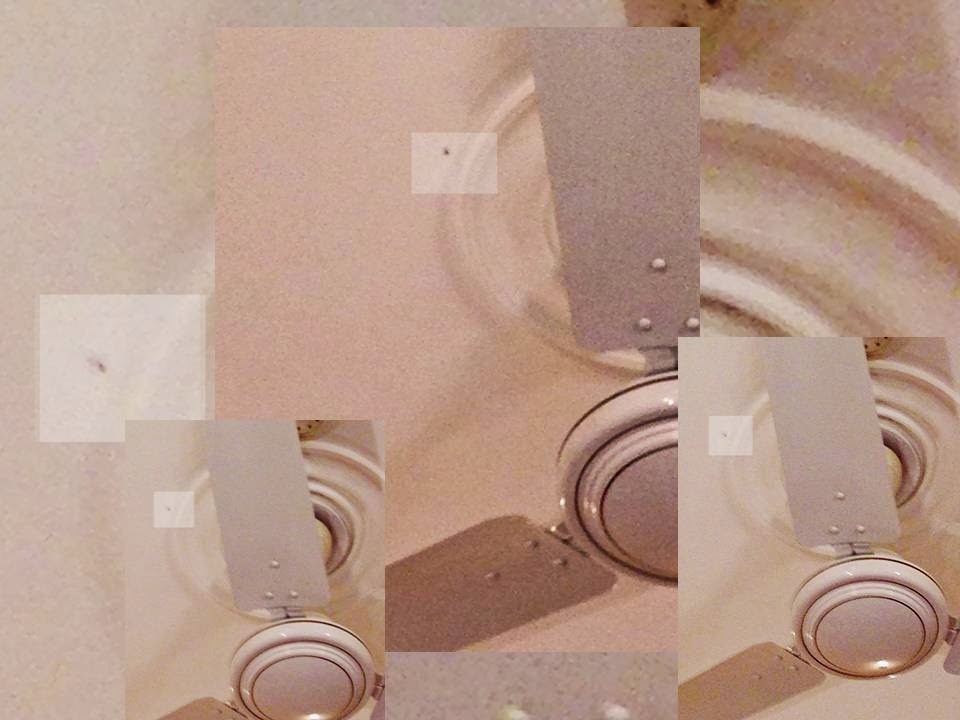 It was an unusually wintry March, so I couldn't quite put the fan on and swoosh it away with the power of the three-pronged circulating blades. I wasn't feeling very well in this unpredictable weather and started bargaining with the mosquito. Well I hadn't really done a thorough investigation, but the idea of it being a mosquito that could prick me into some dreaded malaria or dengue, in this rather chaotically busy phase of my life, alarmed me. Therefore, I decided to stick with that possibility as a probable certainty and plead my case. Even so, I first called out for its identity.

It stayed very still. I pleaded with it to spare me. I had enough problems on my hands as it is, I said. My cracked toe-bone hadn't exactly hampered my movements but all that organising of things that were rushing into my life was a bit of a brain-screamer. I felt these buzzing creatures must know a thing or two about such a state of mind. I tried being friendly. You know, just a couple of casual questions and stuff, hoping that it would respond amiably.

Not a flicker I noted. But looking some eight odd feet upwards, towards the ceiling, I didn't find my eyes focussing too well. It could have twitched a leg or its proboscis and I doubt I would have seen it. The mosquito seemed a little fuzzy - the details of its form were not very clear to the naked eye. It felt almost like a picture taken out of focus that I was zooming into, on the computer. It didn't exactly pixelate as on the screen, but the fact is that a fuzzy vision wouldn't see those pixels either, would it?

Anyway, the mosquito wouldn't budge, nor reassure me that no attack was planned for tonight. Or, that I wasn't the target. So I decided to arm myself with some repellent. I felt rather intimidated by this minuscule creature hanging upside down; waiting, until I had turned out the lights and could no longer see it, to buzz into my space and lunge for my blood. Infecting me with whatever dirt it had picked up on its flight path to my bedroom.

I searched high and low. I looked in every conceivable place that I may have kept the packet. And then, I remembered that I must have kept them in the half-unpacked toilet bag, which had recently returned from its journey accompanying me to Sangrur. I hadn't needed them there or in Maihar, before that. And the sudden cold and rain in Gurgaon didn't predict mosquito season anytime soon. So a careless unpacking had left them in the bag which, thankfully, I found soon enough.

In my feverish hunt, I had eyes only for the repellent. The mosquito had seemed resolute and unmoving so I concentrated on finding the mosquito-repellent patches. I know that not everyone's convinced that they work, but surely the reeking citronella must have some effect? When I found them, I hurriedly opened a foil-cum-plastic pack of two and clumsily fumbled in my anxiety to be forearmed in a moment of imminent and unpredictable attack. I finally tore it open and pulled out the citronella-soaked, round, green patch and waved it at the mosquito in glee. Looking up at that spot, to the left of the fan, where it had stayed an interminably long time, I found that the not-so-small mosquito had slyly abandoned its perch. Now, it was nowhere to be seen, depriving me of my moment of triumph. Typical!

On auto-pilot mode, not wanting to think about the implications of the scene that had just unfolded, I placed the bright, lime-green, inch-long-diameter, that sticky and circular thingamajig onto my white tee shirt. I was more just a bit peeved by the antics of the mosquito and more so by the design of the mosquito-repellent patch. Neither of which did much for my self-esteem.

This protective patch that was my supposed shield against mosquito attacks, if not quite the knight in shining armour, bore a rather disproportionate drawing of a silly looking female bear, with a big face on a tiny little body, snugly fitted into a tight red dress. Her lips smudged, with an overdose of matching red lipstick. And between the ears, drawn strangely above the head, was something that must have been intended to represent a floral clip. It was mostly pungent lime-green with just a thin, curly-whirly, red outline.  It was the outline that made me think it must be something floral. Her head was turned upwards, eyes as if mooning after a gob-smacking kiss that had smeared the red lipstick all over her bearish nostrils. I looked at it, took in the whole picture, crinkling my nose at the now over-powering smell of the repellent and this unlikely figure that had emerged from the pack as my protection. 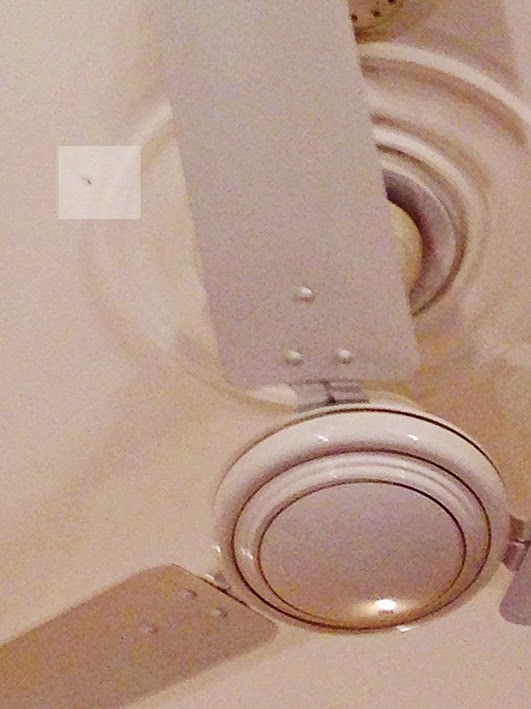 But I didn't have the courage to take it off. Beneath the strains of Rachmaninov that were filing the night, it could be buzzing anywhere. And sure enough, a short while later, I spied it, right there crawling beside the fan, in almost the exact same place I had first seen it. Making me wonder at my eyesight and the way this mosquito had succeeded in playing tricks with my mind. Fear does that to you doesn’t it?