A Season for Tears

It was sometime in the middle of September, a year ago, on a Friday, around 4.00pm. I’d just had a cup of Earl Grey tea, edited some pictures on Photoshop and done some mundane stuff on the internet before I headed down to the swimming pool. I recollect seeing the sky in the far distance looking very dark and grey but it was at the edge of my landscape, in the far horizon and I did not really dwell upon it. The sky had been overcast most days since July but it had only rained in dribs and drabs. In any case, an overcast sky was not something to cause concern, especially not in the monsoon season.
﻿

The water in the pool looked as deliciously aquamarine as always. It is a colour I am particularly partial to and reminds me of my Caran d’Ache colour pencils, through which I discovered my penchant for this hue many years ago. Zohrawar, a neighbour’s two year old was trying out his new motor-boat. Once I came into the pool he went to play with his toy in the kiddie’s pool, so I had the larger pool all to myself. I did a couple of lengths and then saw grey clouds rush overhead. I paused, hung onto the edge of the pool to watch this spectacle as the sky darkened. I was enchanted by the shades. How many shades of grey can there be, I thought? And for every five that I counted, nature added another two, or so it seemed. I stopped counting and just watched enthralled. 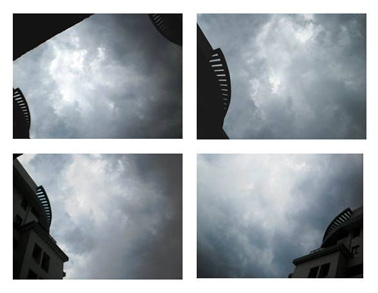 I wondered if it would rain today. I’d often hoped it would rain when I was in the pool but it always would begin raining only after I had swum, changed and was ready to go back up again. But my luck changed today. The coach and swimming pool attendants ran inside leaving me with the clouds, the now darkened shade of aquamarine water in the pool and leaf green Ficus hedges around the pool, waiting in anticipation. Even the pigeons had taken shelter, hiding in crevices and windows of the building; some, perched on a cable wire suspended high up on the thirteenth floor. Five of them appeared to be either jostling for space under the eaves or to maintain balance on the cable TV wire hanging precariously from one window to the next.


At first, it just drizzled. It looked like little steel pins were piercing the water, radiating perfect circles around each point of entry, falling all around me. I thought of those days in school when we used a compass to draw circles for our geometry classes; piercing the paper with one end of the angular tool while a pencil took its cue from this and drew a large or small circle depending upon how wide I stretched the two straight lines of the compass apart. But here, there was nothing other than a delicate raindrop piercing the centre. The rest was a matter of course. The circles radiated out and then vanished as each rippled into the other, blending almost seamlessly with the larger mass of blue-green. 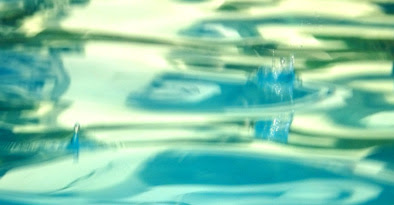 And then I could hear loud plip-plops as larger droplets fell from the sky. I watched with delight as the aquamarine around me which, I am told, also represents the colour of the heart chakra, was jumping up to catch the drops. As the rain intensified, the water from the pool rose up higher with each drop that fell into it. And the heavier the water that fell into it or the larger the droplets were, the whiter the rising splashes seemed.


Then the rain poured out of the sky and a refreshing, transparent, vertical curtain of water dashes fell upon me. It was heavenly to watch millions of pearly drops dance on the surface of the pool. There was no question of swimming now. I could not take my eyes off this mesmerizing scene. 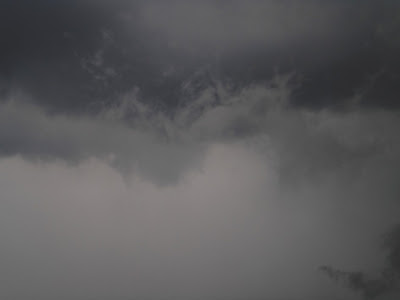 The sky grumbled and lightening tore into the layers of darkening greys that had built up in preparation for this downpour. As the sky darkened even more, electric lights were switched on in many apartments inside the building. People, birds and even the stray dogs stayed away as I stood alone in the aquamarine water, watching nature’s tears dancing with joy at meeting each other in the pool.


I love to cry. No, I am not a manic depressive; I just find tears very refreshing. I’d rather cry any day than deal with the stress of feeling frazzled and angry and all the rest of it. I know that crying is not everyone’s cup of tea but I find it hugely cleansing, especially when the tears flow effortlessly. But sometimes things get very intense and crying seems like such a luxury, so I envied the joy these rain droplets seemed to reflect in their relief at being able to surrender to the inevitable.


There is lightness in being able to surrender. I have even experienced weight loss when I can fully express myself. There is this wonderful oral folk-tale “Tell it to the Walls” which A. K. Ramanujan has translated from Tamil into English. I first read it in 1993 and have re-visited it many times since. It speaks of the cathartic function of unburdening oneself, even if it is to a wall, and of the relationship between obesity and keeping one’s sorrow to oneself.


As a young girl, well into my thirties, I used to be plump/fat. I would hardly eat. It seemed that if I smelt food or just looked at it, I would put on weight. I was brought up on the ideal that it was not considered good to speak of the unpleasant things that happened to one, especially not to anyone outside the family. The old adage – “laugh and the world laughs with you, cry and your cry alone” - was the mantra one was encouraged to chant. Or, grin and bear it, because someone else had a far tougher life and sometimes it seemed everyone else’s woes were greater than mine. Until one day, about 20 years ago, when I could bear it no more and everything I had been through just started to tell its own tale. I could not stop myself from speaking. I lost whatever inhibitions I had earlier and also lost twenty-five kilos in less than three months. 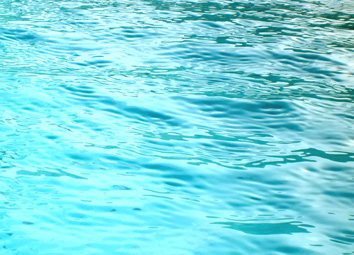 Everyone was majorly concerned, but I had never felt better. I let the doctors do all their tests and when I was asked to have a CT scan done as they could not find anything wrong in the numerous tests already conducted, I drew the line and refused to go through another test. And then I read this folk-tale and was reassured.


Ever since I have tried not bottle things up again and have more or less maintained my weight. I relish my tears. It is not easy to face the pain one is feeling but I know that it’s better than adding pounds and the dip in my morale when I see this on the weighing scale. I love old Hindi movie songs. The words and music are so moving, and I love singing the sad ones or watch them on TV and cry. When life gets crowded and the pain becomes an ache in the shoulder or back or some other part of the body, it’s harder to feel it emotionally, and at those points, I often resist these measures too. There’s too much work to be done, how can I cry, I tell myself. My brain screeches overload and then the silliest thing will bring it on. I feel lighter and often get a lot more done than when I was trying to be brave pretending that things were under control. There is so much relief in surrender if one can come to that point, and the exultant dance I witnessed was inspiring me to revisit this state. Nature has a season for tears; surely there is something to be learned from this? 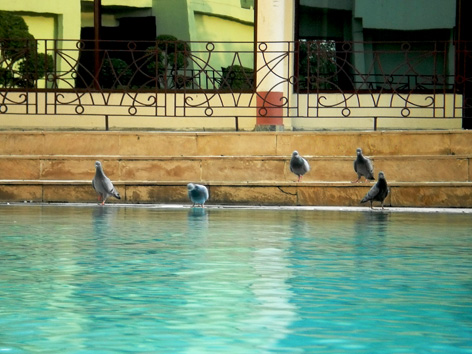 As the rain abated, the pigeons came back to the water’s edge and their dull grey feathers took on the reflection of the pool’s aquamarine. This was an everyday occurrence but when the sun is shining bright, the shade of blue they reflect is different. It’s delightful too but it was this atmospheric, deeper shade of blue along with the greyness of their feathers reiterated by the clouds in the sky, which charmed. I had watched the rain, shared in her joy at finally being able to descend the angry skies. I saw a million liquid pearls dance before my eyes and wondered if this was how the oysters caught the jewels we humans adorn ourselves with. I have often considered my own tears as jewels to embellish my life with. Not literally but through my creative expression; However, while this is refreshing it is not quite the same as being able to cry.

Later, as I walked through the garden passing by the gleaming green bushes, I heard a whispering of relief among the leaves. And the sensuous fragrance of the Champa flowers too had been heightened by the refreshing rain. 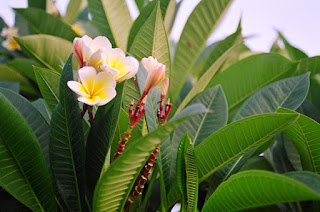