Earl Grey and Other People 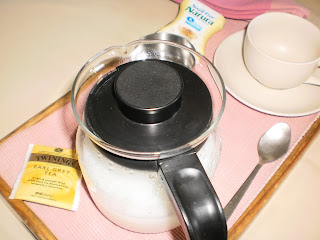 Earl Grey has a mildly citrus flavour and that fragrance of bergamot I so love. I’m referring to Earl Grey the tea and not Earl Grey who was the British prime minister in the 1800s, after whom this tea is named. Each tea bag has been filled with a specific quantity and variety of tea leaf, cultivated using a particular soil, grown in a particular climate and blended in a particular way to provide a specific flavour. We can have the same tea-leaf plucked at differing seasons to give a different flavour and blend of tea. The whole process of growing and blending tea is quite complex but I know what I like to drink. On most mornings it’s ‘Twinings Earl Grey’ that graces my tray.  I could write eulogies about its flavour and whatever else but I cannot change its nature and particular taste, nor expect it to do anything other than make tea. Well, soak in the heated water, so that I can make a cup of tea.
Morning tea-time is inevitably a time of reflection on the previous day, unresolved thoughts left over from earlier in the week, and more. Tea, like most people and things around me, has become a kind of reference point to deal with many issues. I enjoy a variety of teas but when I pick Earl Grey, I know what to expect and do not expect it to taste like Japanese Sencha or Echinacea, nor want it to. 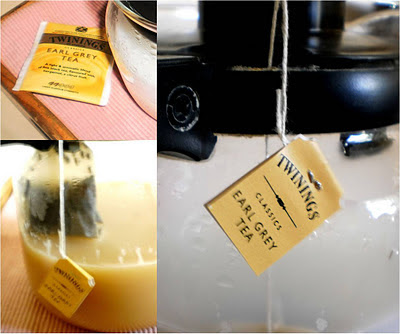 But, that is not what I seem to do with myself and also with other people. I have an inherent need for everything to be orderly and rational; expect everything to get done with a minimum of fuss. And most of all, in a state of being that is calm, never disturbed. It is when this does not happen, that I chide myself, wish things were different, that I had greater control over my emotions and the power to just breeze through life. I also wish that people around me [the way they behave] were other than what they are. There have been times when I’ve expected people to respond to circumstance in the way I would, thinking there cannot be another way, that as humans beings we must be the same. And if they didn’t, which inevitably did happen, I’d dissect the whole thing and after venting, when the mind was calmer, I’d see how my expectations were not reasonable. Gradually I started realizing that the beauty of life actually lay in this diversity of being. And others were only reflecting ideas that lay latent in my mind, surprisingly unknown to me.
Even as we are essentially the same, the nature of being human appears to be a complex phenomenon. We are different aspects of the same, have the same essential spirit, but are never the same. Being so, would defy the very nature of the duality of being. Just as tea comes basically from the two main species of the Camellia family, grown in and , we are all of the same species of Homo sapiens. But just like there are many hybrids of these two tea bushes, we humans too have differing characteristics within the same species. Not everyone is sensitive, compassionate, stubborn or selfish. Some of all human tendencies must be prevalent in each one of us, but in varying degrees, and each of us has certain defining characteristics. Some of which are genetic, some are learned, and some are cultural and environmental. It can get quite confusing because each of us has so many layers of familial and cultural histories that frame our being and thinking, but drawing this parallel with tea enables one to look at things more objectively.  And this morning, it was a refreshing reminder to start off the day.

Taking this analogy with tea a little further, I thought, if I do not like someone – the way they taste, what I mean is - the experience of being with them, then all that is required is to not drink that flavour again. Seems simple ha! 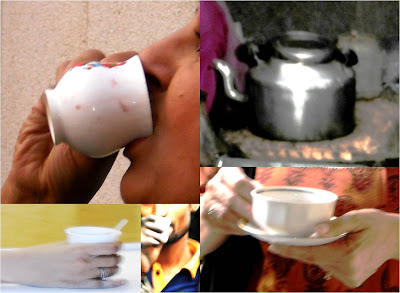 But with people it is another story altogether. It’s been said that what occurs in life is what we have manifested by virtue of our feelings. Now that is a tough one. There’s no-one to blame for the people you bring into your life, including the family you were born into. We have supposedly felt a certain way, harboured certain ideas and therefore these people are there to create that particular experience. And unlike dumping a tea bag into the bin, or leaving a cup of tea half-drunk if I don’t like it, with people it pans out differently. We have to go through the experience. Understand its significance in our lives and in defining us by looking at the reflection it presents: of what I appear to be and think or feel and so on and so forth. Each experience has been a process in realizing the deeper truths of my being; understanding people better and handling life with less anxiety. Watching oneself live is a fascinating process. It’s also hard work. And even though this has been a daily discipline for years, the process is not quite fool-proof yet. I still lament having to extricate myself out of painful circumstances. And I ask myself, why? Why do you keep doing this? Asking no-one in particular, but perhaps my deeper sub-consciousness, whether it ever stops: these mistakes – the missed-takes that I don’t seem to get past?

Tea is an important ritual in my life, a refreshing drink at best, sometimes nourishing too. However, I can live without tea. But people, on the other hand, are not so easy to dismiss. Some yogis and spiritual aspirants do seem to eschew involved relationships but as long as one lives [unless you retire into some remote forest with only wild animals for company] human relationships seem to be the fulcrum of life. Without them there is nothing to do. Just imagine being born on earth and there being no-one else around. Who would teach you how to walk or talk, prod you into yelling, allowing you to experience that emotion of anger? Who would move you to tears, to write verse of love and longing? Compare yourself with? Compete with and more? Who would you fight with? [Imagine there being no Mahabharata, especially its sagacious wisdom on the art of asserting your truth/dharma as outlined in the Gita]. Seems pretty awesome, to consider this emptiness: the futility of a life without the noise one usually bitches about. But then the question arises: why is living with people such an arduous experience? A life-time can go past and one still doesn’t quite know what to make of people, even those close to you, with whom you may have spent the better part of your life.
It’s not easy for most, but when you are sensitive and intense, it’s especially hard to succinctly communicate the fullness of what you see and feel in any given circumstance. So one’s emotions tend to get into a mess. In order to extricate one self from this, most of us have to argue, discuss, think and re-define ideas before we can move on. This I have to confess I do find irksome. Why does it take so much time and energy just to get simple points across? But there is no question of avoiding these confrontations. Sometimes, we think we do: we all talk of moving on but the fact is that we re-create circumstances that generate similar feelings unless we have dealt with them. The faces may change but unless realization dawns of what it is that we do and why, things never really change.
Sometimes, strangely, I’ve forgotten what I have been capable of feeling in relation to a particular situation and or person and returned with gusto that I’ve regretted. When there is a distance, when the pain or irritation is a dull memory, it seems as if I’ve dreamt up the whole thing. But people don’t change, most don’t even grow up. What I mean is that we all age, but don’t necessarily become emotionally mature. Overcoming our pain and negative feelings is hard work. So at best our cries get muffled, consequently creating complex, un-de-code-able, irrational behaviour patterns that are difficult to live with. Living without people is not an option; living harmoniously with them takes a great deal of skill; balancing the inner, emotional landscape while also managing our interactions on the physical plane. Living together, I have realized is an art, perhaps the greatest of all human endeavour. 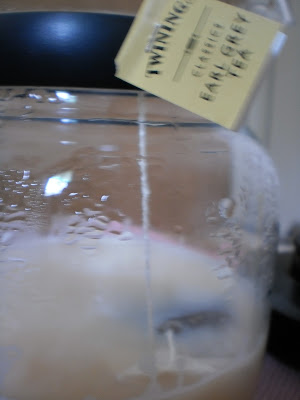 If the teas leaves bound together in this small, almost opaque paper bag, whose brew I now sip, could speak, I wonder what they would say about their experiences of dealing with the logistics of compassion and compromise, so essential to a happy co-existence in any limited space.


This story is also available as an audio recording on You Tube, recorded by Suraj Andrews       https://youtu.be/jGa2jDI1HzQ


I hope you enjoy reading these stories and will share some of your own.